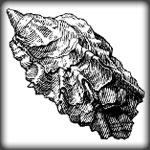 During the months of September-May, The Bluffton Oyster Company carries local May River oysters, clams, and mussels. Our oyster pickers leave our docks, depending on the tide, any where from 4am to 6pm. The Oysters are hand picked off our banks in the May River and are brought back to the docks for processing. Our shuckers, who are women aging anywhere from 40 years of age to 80, generally start their day at 4:30am and shuck until about 2pm, depending on the quantity of oysters brought in that day. Our oysters are then packaged in 12 oz, quart, and gallon containers that are sold in our retail market as well as to local wholesale buyers. We also sell our oysters (clusters) in the shell as half-bushels and bushels and our select/single oysters by the dozen and a box of a hundred. Our clams and mussels are brought in by the thousand generally on a daily basis depending on our demand. 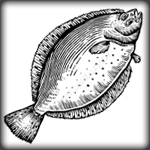 Caught daily, we generally offer over a dozen different varieties of fresh, local fish, including, but not limited to: 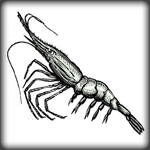 The commercial fishery in South Carolina is dominated by shrimp trawlers, which may range in length from 17 to 85 feet. The larger boats are the most recognizable and account for most of the shrimp caught in the fishery. Trawling is allowed only in the ocean, except for limited periods during fall when trawlers may work in the lower areas of Winyah and North Santee Bays. Most shrimpers work within three or four miles of the beach.

The commercial shrimp trawling fishery has three basic seasons. The first is the so-called roe shrimp season in May or June.This season is opened when management biologists determine that an adequate supply of eggs has been spawned. The roe shrimp season is usually less than a month in duration and landings are dependent upon the severity of the previous winter. Following mild winters, heads-off landings are often 400 to 600 thousand pounds. Following severe winters, landings of roe shrimp are usually less than 50 thousand pounds and often zero.

The fall white shrimp season is typically the largest except in years following severe winters. These shrimp are the offspring of the spring spawn. Landings of youngof- the-year white shrimp by the commercial fleet usually begin in August and peak in September and October. The season usually lasts through December and into January in some years.

Despite its fearsome appearance and aggressive nature, the blue crab is greatly cherished in the South Carolina Lowcountry. Many gourmets prefer the blue crab’s sweet meat over all other locally caught seafood. Our local fishermen check their pots daily in season and bring us only the freshest and finest blue crabs.

During the spring, usually early April, there is a “run” of soft-shell blue crabs that lasts for about two weeks. At this time fishermen will target the female crabs that are molting into mature crabs after the winter dormancy. These crabs can be caught in “peeler pots,” which are crab traps in which one or two large males are used as bait to attract the females that are ready to mate. The peeler crabs are held for a short time in shedding tanks until the molt. After molting, the soft shell crabs are removed from the water and refrigerated for sale.

The Bluffton Oyster Co.'s longevity and success was recognized this week by state officials. The 67-year old company on Wharf Street was chosen as one of the 10 oldest companies in the state that are still prosperous, according to Helen Munnerlyn, a spokeswoman for the S.C. Department of Commerce. The awards were part of the state's Industry Appreciation Week.

Catering for Your Party

"I have been buying oysters, crabs and all of my fresh fish from the Bluffton Oyster Company for the past four years. You will not find friendlier people. Larry, Tina and their whole staff are there to help you. I highly recommend that you make the trip down Wharf Street and visit them."