we now have outdoor seating

On Dr. Melichamp Drive near Downtown Deli and Mi Tierra 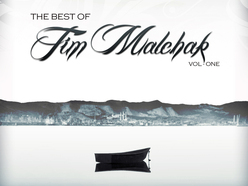 Tim Malchak is now playing on Friday and Saturday nights at the restaurant.

At Toomer’s, seafood is as fresh and local as it gets!

With a newly renovated bar and their name now proudly displayed on the sign above the entrance, Toomer’s Family Seafood House, the restaurant division of Bluffton Oyster Co., reopened late last month to begin marking its sixth year in business.

“Are you the restaurant related to the seafood company?” or “Is this the Toomers’ restaurant?” were questions Tina Toomer and her daughter Jessica, the general manager, would hear all the time. “Tying the oyster factory into the restaurant was always our goal,” said Tina, whose husband, Larry Toomer, carries on the work of his father and grandfather at the Bluffton Oyster Co., just blocks away at the end of Wharf Street.

The iconic concrete-block building on the banks of the May River – the last hand-shucking house in South Carolina – is strikingly depicted in paintings by local artist Kelly Graham in the main dining room.

If the heart of this restaurant is its kitchen, the oyster factory is its soul. The menu and seasonal specials – oysters, shrimp, crabs, clams and mussels – are harvested primarily from the May River. With the emphasis on fresh and local, Larry Toomer prides himself that “nothing arrives or leaves here by truck.”

The space at 27 Dr. Mellichamp Dr. opposite the Promenade is casual and comfortable. The new raw bar beyond the dining area was designed and built by the Toomers’ neighbor Mark Reichert, a custom woodworker. It features shadowbox displays, two big-screen TVs, draft beers on tap, and two large but cozy booths opposite the bar.

With the oyster factory one of Bluffton’s primary tourist attractions in all seasons, Tina Toomer believes visitors in search of seafood are looking for honesty and authenticity. “What we feature is what we catch,” she said, “and sometimes we don’t know until we go out there.”

May River oysters, served steamed by the half-bucket, $12, or bucket, $22, or on the half-shell at $6 per half-dozen or $12 per dozen, are the most popular appetizers on the menu, followed by peel-and-eat shrimp (market priced), steamed little neck clams or mussels, or a fried sampler including shrimp, oysters and calamari, $12. House-made She Crab Soup or Gumbo is available by the cup, $5, or bowl, $9.

Seafood baskets and Captain Larry’s Combo Platters, from $16 to $26, feature shrimp, scallops, oysters, calamari or fresh catch, which can be fried, grilled, blackened or broiled and includes two sides. If you’re lucky enough to find Gulf corvina, trigger or wreck fish available, it will be expertly prepared and seasoned as ordered, and your greatest challenge will be selecting from more than a dozen tempting sides, such as smoky collard greens or creamy cheese grits.

Freelance writer Pam Gallagher was a copy editor at USA Today and a staff writer and fashion editor for the Asbury Park (N.J.) Press.